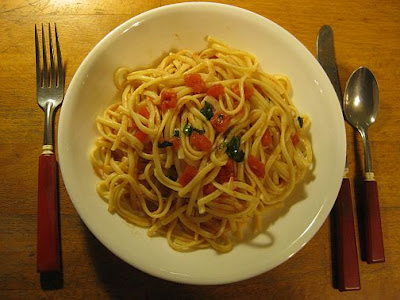 Cook the pasta till al dente. Drain and set aside.

Microwave the garlic in olive oil for about 40 seconds.

Put the tomatoes in a large pan (the one in which you cooked the pasta will work), add the garlic in olive oil, the butter and basil, simmer for about 5 minutes. Add the pasta to the pan plus the salt and pepper as needed.

On low heat, stir until pasta is thoroughly warmed. 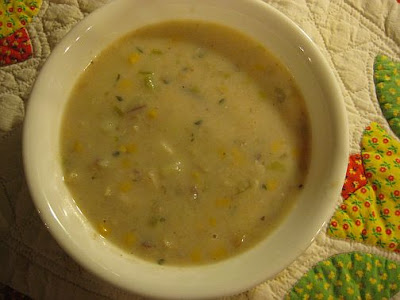 Cut potatoes into bite sized pieces, leave the skins on. Chop celery and onion. Put veggies in a soup pot, add corn (do not drain) and chicken broth, and spices. Cook for about 15 minutes or until potatoes are almost done. Add fish and cook until it flakes easily. Sprinkle the flour lightly over the veggies and fish while stirring the mixture. Add some milk and cook a few minutes longer till soup thickens slightly.

This week Weis Market had sweet red bell peppers for one dollar apiece. I couldn't pass up that price, since they are usually quite expensive. At the hook-in in Chambersburg last Monday, one of the women had brought a cracker spread made with sweet red peppers. It was yummy. She gave out the recipe to any who wanted to try it.


So with peppers on sale and a great recipe at hand, I made jam.

I don't think Thelma would mind if I shared the recipe. It can also be found on several cooking websites.

About 10 red bell peppers
2 cups of white vinegar
3 cups of sugar
1 tablespoon salt
hot pepper sauce or dried red pepper are optional
I like a little heat, so I used the dry red pepper, adding it to the pot while cooking.

Seed and coarsely chop the peppers.
Put into a food processor and whir until finely chopped but NOT pureed.
Empty into a colander and sprinkle with the salt.
One recipe said put it in the fridge overnight, another said let drain for several hours. I did the latter. 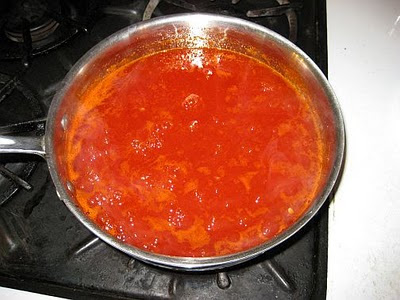 When they have drained, put the peppers in a HEAVY large sauce pan or dutch oven. If you do not use a heavy pan with even heat this stuff will STICK! I don't know if a crock pot would work or not (it would take longer). Cook at a simmer for about an hour until thick like jam. I tested it on a small plate. Just take out a spoonful, put it on the plate and let it cool. If it's not runny, it's ready. 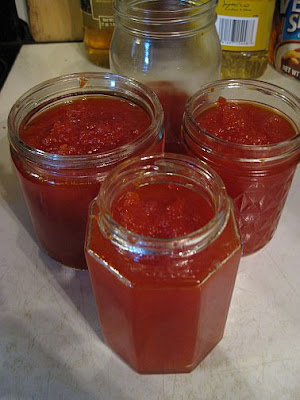 You could sterilize your jars, put the hot jam in them and put on the lids and let them seal if that's how you do jam. I'm putting mine in the freezer (if it lasts that long!!!)

This is so yummy! Try it on crackers with cream cheese. As a relish on sandwiches.

When it's time to fire up the woodstove and cook one-pot meals, I dig in the fridge and bring out things that need to be used.

I had two smoked turkey sausages
Some turkey bacon
1/2 head of cabbage
A large onion
and lots of little red potatoes from the garden that were too small to peel.
Season with salt, pepper and paprika.

I sprayed the pan with cooking spray and added the meat, browned it and added the cabbage and potatoes. Put the onions in after that had cooked for a while. Then just saute until the veggies are tender, making sure it doesn't stick, adding water as necessary. 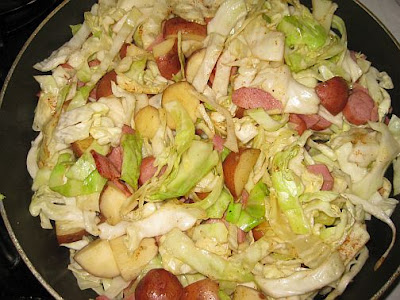 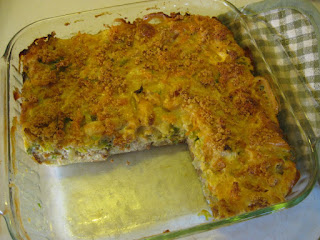 This is not an exact recipe.  You can modify the ingredients in a variety of ways.
This is really only a guideline for your own creativity.

4 slices bread
1 cup sausage, or chopped ham, or 1/2 cup crumbled bacon or meat of your choice
1 1/2 cup cooked shredded brussels sprouts, broccoli, spinac, or vegetable of your choice
1/2 cup finely chopped onion
1 cup grated cheese of your choice
5 or 6 eggs (or the equivalent of Eggbeaters)
1 cup fat free half and half
Italian bread crumbs to top it off.

Put slices of bread in a single layer in bottom of pan.
Add meat, then vegetables, onion, and then cheese.
Beat eggs and all the half and half, pour over casserole.
Let soak for about five minutes.
Top with bread crumbs.

Bake at 350 until center is set.  Test by inserting a knife in center and if it comes out clean, it's done.
Approx. 45 minutes. 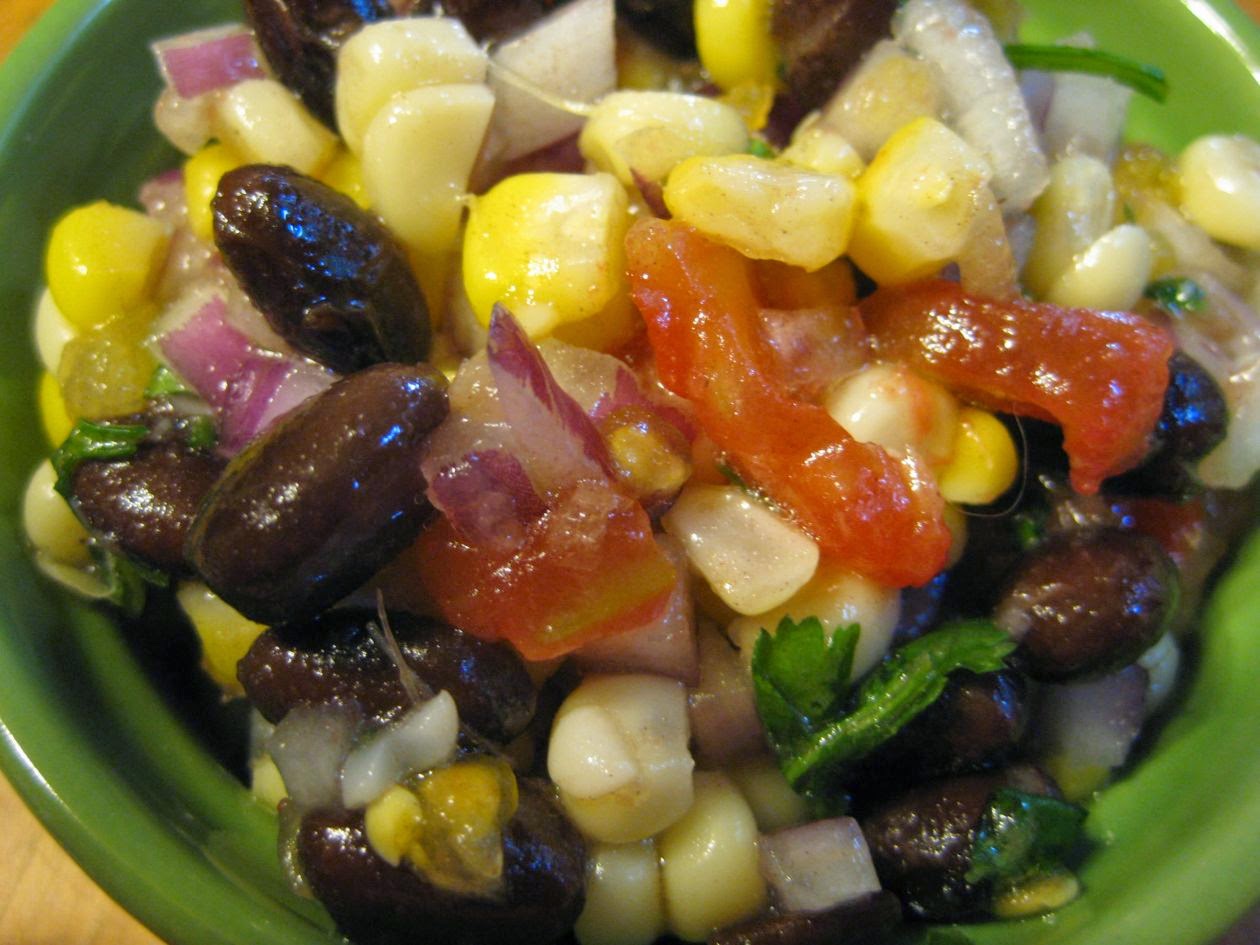 Mix it all together and chill before serving.  Makes about 6 one-cup servings.