All seemed to be going well.

We had a birthday celebration for Kami at the Fairfield Inn near Gettysburg.  Brad was trying to think of an interesting place that we hadn't visited before.  He chose well!  It's a lovely historic building that had been an inn since colonial times.  During the Civil War it became a hospital for wounded Confederate soldiers.

Recently the people who own the Adams County Winery have purchased it and it is now both a restaurant and bed and breakfast.

Unfortunately halfway through our tour of the building my camera died.  Happily I was able to get pictures of the birthday girl and some of the food. 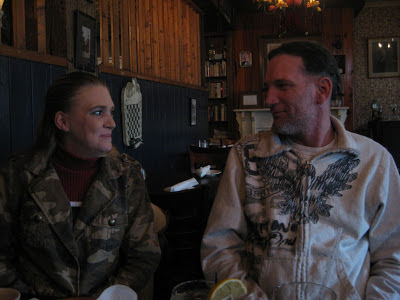 Kami and Brad
I had a yummy salad with mandarin oranges and toasted walnuts (hold the walnuts!)
The crab cakes were delicious with large lumps of pure crab meat and very little filler.
Since I no longer eat chips or french fries, the waitress was kind enough to include a lovely bowl of melon instead.  She received a generous tip for being so thoughtful. 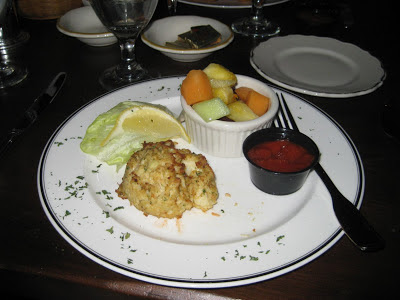 Zip had fried oysters and the delicious homemade chips. 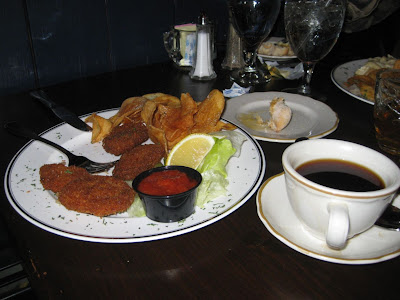 We both had enough left to take home for lunch the next day.

We loved the funky decorating style that included lovely antiques and quirky mementos. 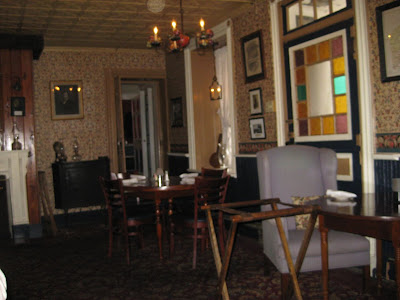 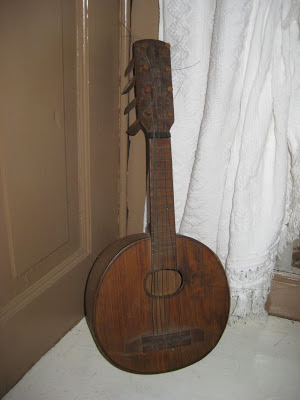 I think Kami is checking for Civil War ghosts! 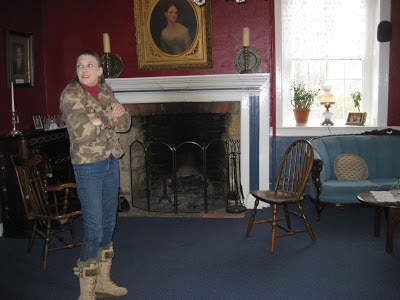 I hope to go back later this month for my birthday.

Several days later my leg began to hurt and what had been a hard black lump became a black squishy lump.  I went to the walk-in clinic and they immediately diagnosed infection and put me on antibiotics.  And made an appointment for the wound clinic the next morning.

The doctor opened the skin and took out some of the junk.  Ouchy!  He said that a scab should form over the area. When I went back later in the week a scab had formed but the leg was still red and warm.  So....they decided to remove the big scab.  Another Ouchy!  I was left with a 3-inch round and 1/4 inch deep red crater.  No pictures of that!!!  Way too gross!  And Ouchy!

Then came the packing and the wound vac.  This machine is a vacuum that drains off any excess fluid and keeps a negative pressure on the wound.  This is supposed to allow the wound to heal faster and from the inside out.  Then they applied the uni boot over the whole dressing.

I've been back for three removals and reapplications of the dressing and so far everything looks like it's healing well.  It will still be a long term thing.  Probably several months.

In the meantime I can be up and around for limited amounts of time.  Then I must sit down and elevate my leg to keep the swelling down.  Brad and Kami were kind enough to find me a nice used recliner so I'd be more comfortable.  So the assignment is to take my vitamins, eat lots of protein and take it easy.

Have a healthy breakfast every morning!
Nothing better than eggbeaters and rolls of deli ham filled with cheese.
And very Weight Watchers friendly! 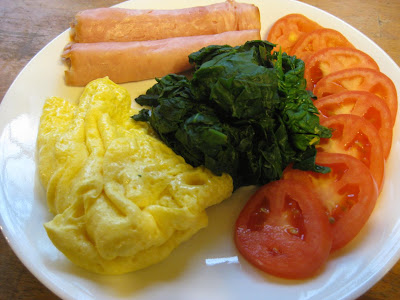 Or an omelet with broccoli and cheese with homemade turkey meatballs. 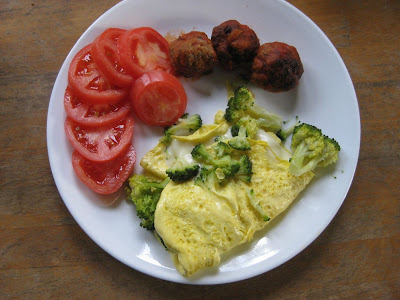 I have been getting bored with all the sitting around.  I usually have kitties to talk to and pet.  Penny and Izzy rest on the desk next to my chair. 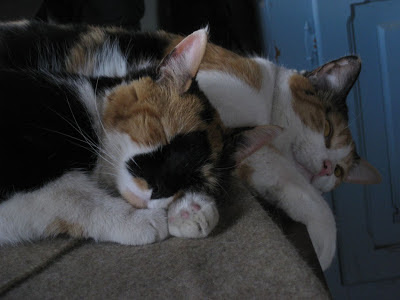 Deiter is usually laying on a pillow on my stomach.  He's my Comfort Cat!
So life is good!

Thank you, everyone, for your kind comments and get well wishes, both on my blog and through emails!  I certainly appreciate your support.

I will leave you with a picture of the latest in medi-chic fashion. 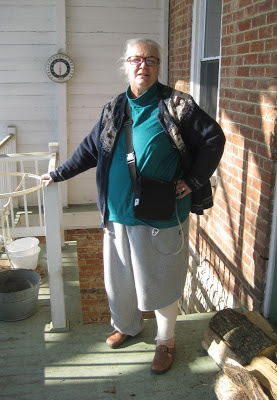