Among those Who Love Fishing

Two weekends ago (yeah, I'm a little behind on my posting) Zip and his brother Gary and wife Linda and I went to the opening of a small flyfishing museum that's located in one of the lodges at Allenberry Playhouse in Boiling Springs, PA.

Several world-famous flyfishing streams wander through our valley, making it a destination spot for fishermen.   And it is also the home of many famous guides, instructors and fly tyers.  Donations from the estates of some of these people make up the majority of the collection.

Look, all ye stashers of yarn and wool!  Flyfishermen have stashes, too.  A whole room! 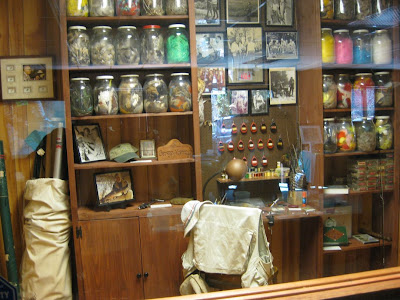 Theirs consist of feathers and fur and silk thread.
This display is of materials and methods used in Colonial America. 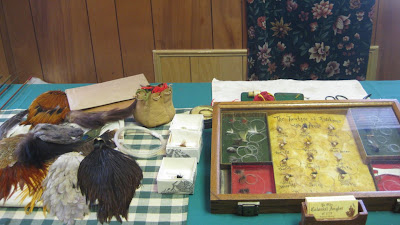 When I show pictures of Zip sitting at his desk working, this is what he is producing.
Hundreds of tiny flies that he uses to catch trout. 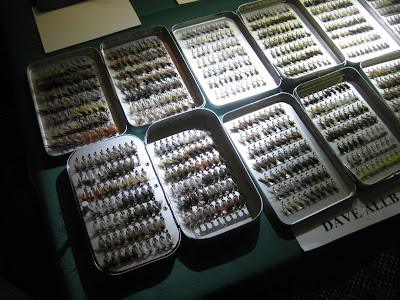 I was most impressed by this woman who is a landscape and nature photographer.
Her shots of local scenes are just stunning.  I hope to visit her booth at the Carlisle Market sometime soon and do a more in depth post on her work. 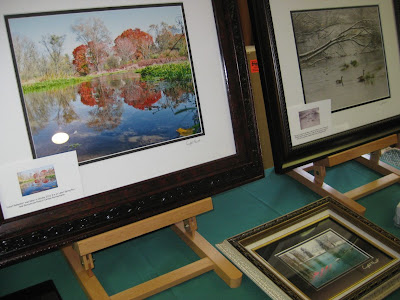 Of course we had to visit the Boiling Spring.  All the water that flows in this famous trout stream comes bubbling up out of the ground from under that rock within this stone circle. 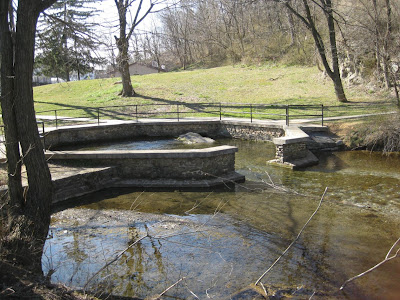 The fisherpeople scanning the water for trout.  Left to right, Linda, Gary and Zip.  And yes, they did see a few fish. 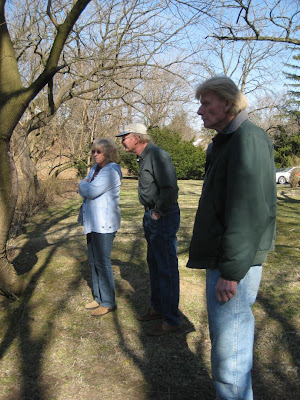 And mallard ducks.  These are two males who were trying to get the attention of a female who was hiding in some brush trying to avoid them. 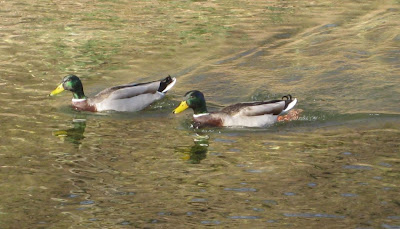 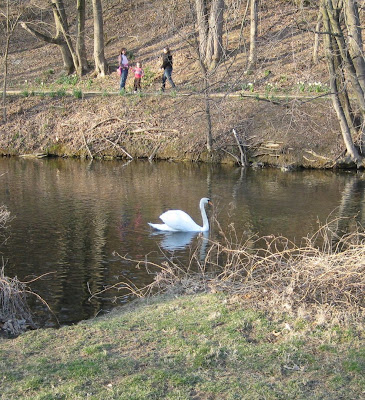 Afterward we had dinner at the historic Boiling Springs Tavern. 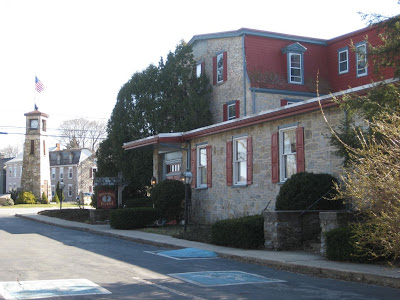 I had crab cakes and steamed veggies and a salad.  Delicious and Weight Watchers approved! 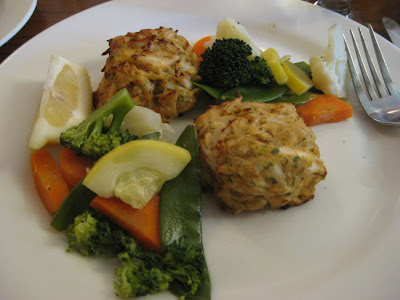 On the way back home we went past the farm that raises deer.  Why are those humans staring at me??? 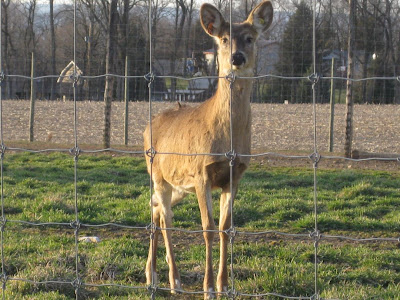 Last Monday I went to the Blue and Gray rughooking meeting.   This used to be a large group, but recently attendance has dwindled.
I didn't take a lot of pictures because I was busy talking, as usual.  But I liked the antique look of this rug so much that I just had to have a picture. 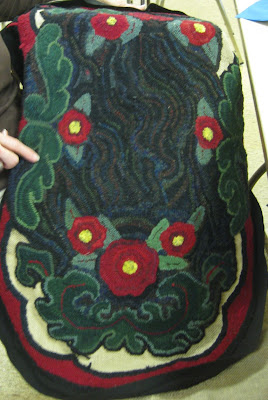 I took a rug that need repair after some little character (Isabell!) pulled it out of the cupboard, threw it on the floor and laid on it.  In the process she managed to unravel it in several places. 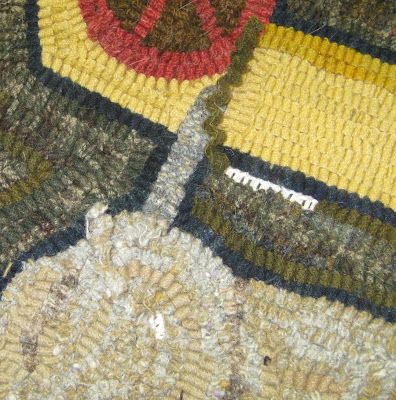 Here is another little bundle of mischief, Millie.  She may look teeny-tiny and innocent.  Don't be fooled!  She is up there mangling my wool feather tree that  made in Joanne's class. 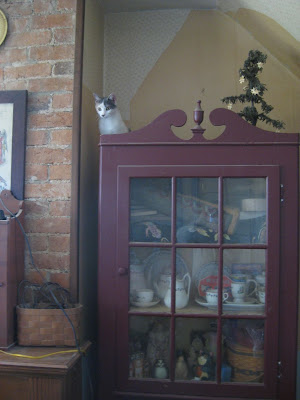 There is still competition for Mom's chair.  Or maybe it isn't really Mom's chair after all.
It's all about CATS! 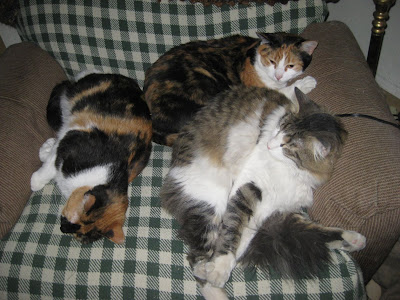 Isabell, Penny and Reggie
These guys just had their three year birthdays.  And they are still acting like a bunch of wild kittens.

As of this past Monday, the wound vac is OFF!  I still need to go to the hospital several times a week for a dressing change and leg wrap, but at least I don't have to lug that machine around any more.
The healing is almost complete.  Horay!
Who would think that such a stupid accident could cause such a mess?  Somehow I will have to be less clumsy in the future.   How the h--- am I gonna do that???